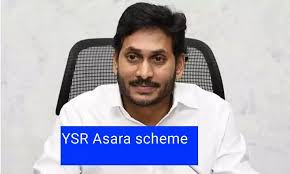 Andhra Pradesh Cabinet meeting chaired by Chief Minister YS Jagan Mohan Reddy was held at the secretariat on Wednesday, August 19. During this cabinet meeting, the state cabinet has approved YSR Aasara Scheme.YSR Asara Scheme is one of the welfare schemes that were promised by YS Jagan Mohan Reddy and incorporated in the YSR Congress Party’s election manifesto as ‘Navaratnalu’. This scheme will benefit DWCRA women of the state to the tune of over 27,000 crores in four years. The AP cabinet also approved the state’s new Industrial Development Policy 2021-23.

YSR Aasara, one of its flagship programmes under ‘Navaratnalu,’ will be launched on September 11. Under it, the government will clear the pending dues of DWCRA women with banks till April 11, 2019, in four instalments.Of the total Rs  27,169 crore in four years, the government will give Rs  6,792.21 crore to DWCRA women in 2021-21 towards the first instalment, benefitting as many as 9,33,180 groups with around 90 lakh members. Chief Minister of Andhra Pradesh, YS Jagan Mohan Reddy has focused on implementing all the poll promises made to the people as part of his padayatra and during the poll campaigning. The AP CM is striving hard to take the state towards overall growth and prosperity by fulfilling all his election promises.

As part of the Navaratnas, the AP government launched YSR Aasara Scheme to waive off the first tranche of loans to DWCRA Group members, as promised by CM Jagan to clear their loans in four installments.