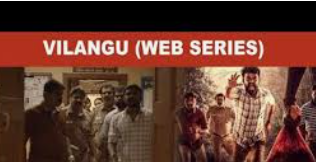 Vilangu, which takes us through the twists and turns in a murder case, revolves around the Vembur police station, with SI Paruthi (Vemal) leading the investigation.  When it comes to web series format, particularly murder mysteries are the most preferred choice of streamers. They offer makers the freedom to get into the details — of the crime, the motive, the psyche of those involved, and the investigation procedures. There aren’t any worries about showcasing violence or graphic imagery.

This is probably why Vilangu, despite having a feature-filmish plot, has been made as a web series. Despite being one of the finest in producing ingenious crime thrillers in India, the Tamil industry is still taking baby steps when it comes to the web series arena. The 7-episode series Vilangu is a worthy one, to begin with.

The seven-episode series begins with a policeman noticing a flashlight in the jungle. But though he doesn’t find anyone, a body later surfaces at the spot. More intriguing, the head of the corpse goes missing even as the place is swarming with police. Prasanth builds a realistic picture of the Vembur police station. It’s an unimpressive building with scaly walls and rickety furniture.

Vilangu is a Tamil web series that released on February 18, 2022. It is a dramatic mystery crime drama primarily in and around a police station. Director Prasanth Pandiyaraj takes his time getting to the point. The whole first episode is devoted to establishing the characters and the setting, and the series only reaches a peak near the end of the first episode. With each part ending on a high or cliffhanger, the episodic treatment is well thought out – kudos goes to Prasanth Pandiyaraj and the crew for this. The fifth episode is notable for its surprise twists and superbly choreographed moments.

Vimal is supposed to be on leave to attend to his pregnant wife.

But he gets a phone call about a dead body with a completely disfigured face in a jungle near Tiruchy.

Things go topsy-turvy when he visits the spot.

How did Vimal carry out the investigation. Did he find the murderer.

What is the motive behind the murder forms the rest of the story.

What makes the series appealing is the way in which Vemal has handled his role. His character is portrayed as a normal cop who is not heroic.

Vimal is very subdued and lets his body language do most of the talking. Ineya as Vimal’s wife is convincing in the role.

Bala Saravanan gets a completely different makeover and comes as a ruffian cop who belives in violence. Rest of the cast have also done their part well. Performance of Kicha as the antagonist needs a special mention.

Director Prasanth Pandiyaraj has stayed close to reality with his script. There is dept in the story and the portrayal of each and every character.

The director has managed to keep the audience glued to the screen and keep guessing about what will happen next.

With seven episodes, each episode ends with a cliffhanger compelling the audience to watch the next one.

Ajay’s background score is intense and keeps the mood of the series alive. Visuals by Dinesh Purushothaman are brilliant.