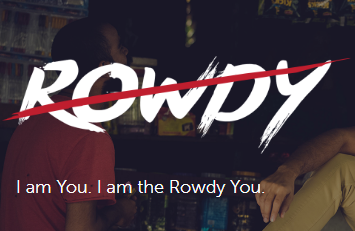 Talented Actor who shocked Telugu Cinema with his refreshing rebel acting attitude on and off screen who points hs Fans as rowdy and now he is Going Buzzy around the Telugu cinema Compounds. Vijay most happening actor has been developing his fan circle in a different way and non-convectional way.

During film fare awards he created a ‘rowdy club’, a web portal for his fans. Now He is Ready to launch his brand of apparel Naming It as Rowdy.Arjun Reddy Fame Vijay Deverakonda announcing Rowdy Club, an online platform for his cult fans. It is well-known news that The young actor has legions of young fans and he calls them rowdies Vijay Deverakonda has started a rowdy club. This is an online platform for his fans. The actor announced, “It’s time. Let’s take things to the next level”. He new club ‘rowdyclub.in’ permits his fans to register and become a part of it. Vijay Deverakonda will be communicating with his fans from here once everything is in place.

During film fare awards he created a ‘rowdy club’, a web portal for his fans. Now He is Ready to launch his brand of apparel Naming It as Rowdy. To promote His Apparel’s, released two pics Though Twitter. First Time in Tollywood history and he went shirtless for these shoots in public while paying Cricket. which is promoting as a rebel already he is busy with more than 4 projects.

Quoting “Going to College! I still didn’t find a Shirt I like. I am You. I am the Rowdy you”. https://rowdyclub.in/

Vijay Devarakonda] ‘Geetha Govindam’ is releasing on August 15. In 2018 he will also be coming with ‘Taxiwaala has two on going films – ‘NoTA’ multilingual ‘Dear Comrade’.