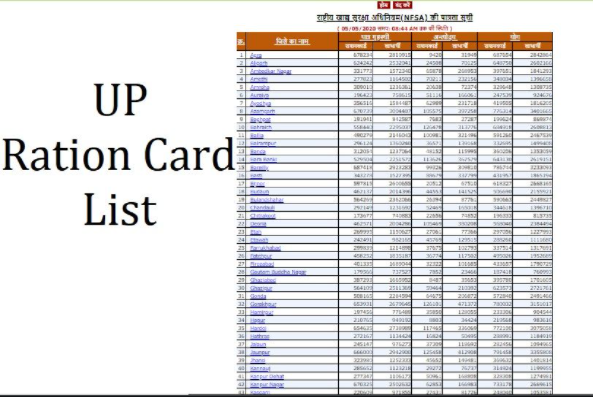 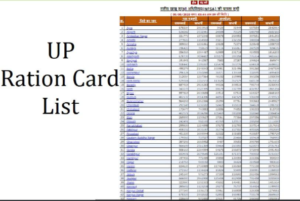 we have shared the complete procedure to check NFSA eligibility list from the online portal of Dept. of Food and Logistics, UP. Through this, applicants can easily check their names in the UP APL/BPL ration card list.Department of Food and Civil Supplies UP has released District wise UP Ration list 2022 for download.All the candidates who have applied for the new ration card,they can check now their name in the new Ration card list 2022 provided by NFCA (National food security Act).Candidates who are not registered in the ration card list 2022

Classification of UP Ration Card

We have given a brief description regarding UP ration card before, and now we are discussing categories of Uttar Pradesh ration card. Generally, there are a total of three ration cards as per the category of citizens.

We have addressed the full information of these three ration cards in the subsequent section, and you should read until the ends.