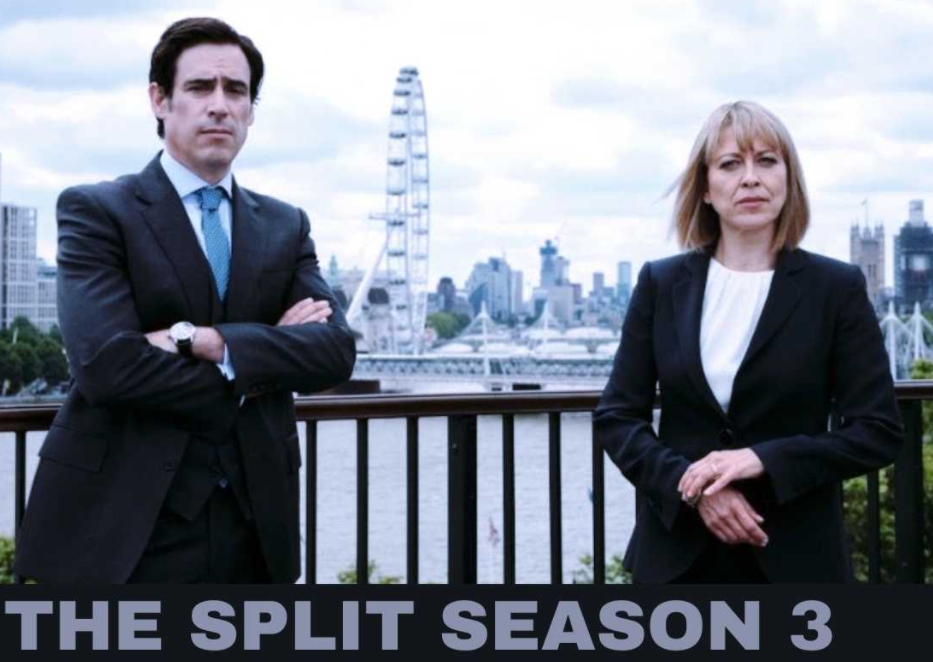 Season 3 of The Split lands on our screens on Monday, April 4th, 2022.The messy lives of the three Defoe sisters, Hannah, Nina and Rose, are set to get even more unruly in the climactic third series as one of the series’ own divorce lawyers must contend with their very own divorce.Despite having a marriage that looked set to stand the test of time, Hannah and Nathan’s relationship is set to unravel, bringing their lives crashing down around them as they look for an amicable separation.

The British legal drama, created by Abi Morgan, was the third most-watched series on BBC iPlayer in 2020 after it last aired. At the end of season two, high-flying divorce lawyer Hannah Stern’s (Nicola Walker) marriage to her husband Nathan (Stephen Mangan) came to a heartbreaking end after her affair with Christie Carmichael (Barry Atsma) was discovered.

They begin to divide up their 20 years together in the new episodes, but their dream of achieving the ‘good divorce’ is left in tatters – and after an unexpected revelation, it’s an all-out war.Whilst Hannah’s former flame Christie has – for now – swapped the streets of London for New York, her sister Nina’s trying to balance her demanding career alongside looking after her baby daughter… and continuing her love affair with boss Tyler (Damien Molony).

Youngest sister Rose will begin looking into other ways to fulfil her dream of having children with her husband James (Rudi Dharmalingam) after a heartbreaking miscarriage, and matriarch Ruth (Deborah Findlay) may finally let her guard slip as she rekindles her relationship with old friend Ronnie

HOW MANY EPISODES ARE IN THE SPLIT SEASON 3?

Season 3 of The Split will consist of six episodes in total.

This should come as no surprise to veteran fans of drama as both seasons 1 and 2 featured the same total.

Viewers watching on BBC One will be able to catch a new episode each Monday at 9pm from April 4th until the sixth and final chapter arrives on May 9th.

Beyond episode 6, there are no plans for any more of The Split as the show’s creator, Abi Morgan, has always envisioned the series as a trilogy and so season 3 will be the final instalment.

The Split will air on Monday, April. 4 at 9pm on BBC One and all episodes will be available to watch on BBC iPlayer from 4th April.

You can also watch the first two series of The Split right now on iPlayer.

Who stars in The Split Season 3?

Several familiar faces are returning for The Split season 3, as we prepare to say goodbye to the characters we’ve followed for the past two seasons. Here’s some of the leading names in the cast…

What happens in season 3 of The Split?

The third season of the show will pick up ten months after their split as the pair both negotiate the terms of their divorce. Season three will also see Hannah Stern make the decision to leave the family firm she has been a part of for years to join a competitor.

Will there be a season 3 of Split?

Abi Morgan’s BBC One legal drama The Split returns for its final series, which sees Nicola Walker and Stephen Mangan’s characters try to negotiate their own divorce. The third and final series of The Split is all about endings.

Will there be a season 3 of The Split on Hulu