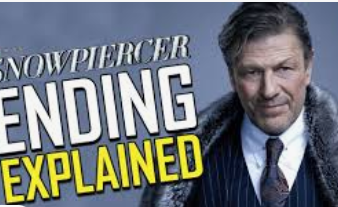 Snowpiercer Season 3 Episode 10 was all about the fight for New Eden. Jennifer Connelly’s Melanie Cavill returned to the train to learn Andre Layton (Daveed Diggs) had lied about the New Eden data. He did it in order to convince the passengers to vote to make the journey there, promising that the Horn of Africa could sustain life. Melanie saw the lie as unjust, as the data didn’t support the claim and the journey there was even more perilous than the one they were on. She exposed Layton’s lie at the end of Episode 9, and in Episode 10, their two sides fought over where the train would go.

Together, Andre and Melanie tricked Wilford and banished him from Snowpiercer. Not even the billionaire messiah’s new cold warrior, Icy Boki (Aleks Paunovic), who somehow survived Snowpiercer‘s season 3 finale and was remade by Dr. Headwood (Sakina Jaffrey) with cold immunity, could save Wilford. Snowpiercer season 3 ended with the train permanently split as the passengers decided whether to ride the rails with Melanie or take a chance on New Eden with Layton. Yet, Snowpiercer season 3’s incredible ending also hinged on a cliffhanger which opens up new questions and a potential new threat in Snowpiercer season 4.

One of the most surprising moments in the penultimate episode of Season 3 was Melanie’s decision to betray Layton (Daveed Diggs) by telling the passengers of Snowpiercer the truth.

Melanie informs them that Layton had based the idea of New Eden on a lie and it was a risk traveling to the Horn of Africa just because he believed it was a warm spot, before forcibly taking over the train.

However, in the finale it’s revealed this supposed war between the two was actually a ruse to trick Mr. Wilford (Sean Bean) into a false sense of security.

I don’t think that initially, when she makes the announcement in Episode 9ine, I don’t think that it is [a betrayal],” Connelly said of Melanie’s choice. “She is making a really bold move, her back is up against the wall [and] they’re running out of time.

“So, I think she felt that she had to do something quite drastic to get everyone’s attention and to force a conversation at that point, and I think that in the beginning I think it was genuine.

“I think that the collaboration and conspiring [between Melanie and Layton] happens off-screen in the middle of Episode 10 when you see Layton and Melanie speaking over the phone from the engine, I think that that’s when it starts.”

Well that was a bit of a mess! Snowpiercer bows out this finale with a misfiring final episode that hurries through a manufactured conflict. Seeing the train suddenly break down into two sides about to duke it out without much warning doesn’t feel genuine. The show has had a knack of throwing in these massive finales and that’s fine, but most of what’s here feels like it’s prepping for season 4 rather than genuinely progressing the characters and story.

We’re essentially back at square one again, albeit with Wilford and Melanie switching places. The train is split in two, we’re back to two different factions and although New Eden is finally found, the pay off doesn’t feel as earned.

Personally, I think it would have been good to see the train united as one, make it to New Eden, only to find the place is not paradise but just as cold and hostile as before. Have something happen with the train, with Melanie losing faith in Wilford and then start the rebellion and the train splitting in two.

Then you could have Layton and the others heading out onto the ice to try and search for New Eden while Melanie and co. leave. In their absence, Layton scales a mountain to see and then realize just on the horizon there’s the place they’re looking for, complete with the lake and a potential place to build a settlement.

However, with a new showrunner onboard for season 4 there’s definitely hope for this one getting back on track but for now, season 3 bows out with a rather disappointing ending to a disappointing season.