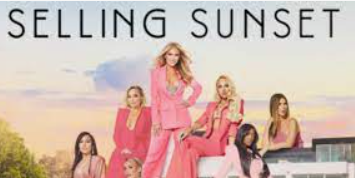 Season 5 recently dropped, giving fans a long-awaited look at the start and demise of the romance between Chrishell Stause and Jason Oppenheim. The show left off on a major cliffhanger, as Christine Quinn faced allegations of sabotaging Emma Hernan (and later accusing Selling Sunset of making fake storylines). A reunion special (the reality show’s first) should bring up more juicy gossip and set the table for season 6 and beyond.

Selling Sunset follows the personal and professional lives of a group of female agents at the Oppenheim Group, a high-end real estate brokerage firm in Los Angeles. The series kicked off with Chrishell joining the office as a new agent, which didn’t go over well with rival Christine. Later developments have included weddings, babies and the sales of multimillion-dollar homes.

Now that Netflix finally released Selling Sunset season 5 on April 22, fans are already looking for any information on season 6. The hit reality show has followed the professional and personal lives of agents working at The Oppenheim Group since 2019, and viewers cannot get enough of the group’s lavish lifestyles. From closing multi-million dollar listings to networking at luxurious get-togethers, Selling Sunset has even welcomed several guest stars such as Shang-Chi and the Legend of the Ten Rings star Simu Liu, rapper French Montana, and Queer Eye Fab Five member Karamo Brown.

While earlier seasons of Selling Sunset primarily focus on the operations of the Oppenheim Group, season 5 is overshadowed by drama, tension, and more drama. With Chrishell Stause and Jason Oppenheim’s short-lived relationship announced last summer, fans finally got to see the two interact as a couple and how it affects the other realtors. Viewers were also introduced to newcomer Chelsea Lazkani, a British-Nigerian broker who became friends with Christine Quinn. Christine, who hasn’t gotten along with Chrishell, Heather Rae Young, Mary Fitzgerald, or Emma Hernan since Selling Sunset season 4, continues to be the outcast of the brokerage. As the longest season with 11 episodes and an upcoming reunion, Selling Sunset’s latest release has been the most successful.

Who would be in the cast of Selling Sunset season 6? Most of the realtors are very certain to return, including Jason and Brett Oppenheim, Chrishell Stause, Mary Fitzgerald, Amanza Smith, Heather Rae El Moussa, Emma Hernan, Davina Potraz, and Chelsea Lazkani.

Jason Oppenheim has spoken out on his ‘difficult’ split from his Selling Sunset co-star Chrishell Stause.The real estate broker shocked fans when he and Chrishell announced they were dating last year, only for them to split less than a year after embarking on the romance.Season 5 of their Netflix show, which started streaming last week, sees the relationship and break up play out, with Jason admitting it’s been painful to relive the time.

The couple broke up in December when Jason, 45, told Chrishell, 40 that he doesn’t want kids, with the split happening just five months after they went public with the romance. Speaking to New! Magazine in the UK, Jason admitted he was apprehensive about watching the new series of Selling Sunset as there is so much focus on him and his now-ex.

One of the best parts of watching reality TV is the romantic storylines—the fluttery feelings we get when watching couples connect for the first time or celebrate their love in a grand ceremony. While the couple to watch in Selling Sunset season 5 was Chrishell Stause and Jason Oppenheim—despite knowing how that turned out—we also saw a very sweet connection forming between Emma Hernan and property developer Micah McDonald, a new addition to the show.

Arriving on the show as Hernan’s client in the midst of building an eight-figure mega-mansion, McDonald quickly won Emma’s (and our) hearts for his determination in work and dedication to his family. We’ll have to wait for later seasons to see how their relationship works out, but luckily, we have the Internet to help us learn more about McDonald himself.