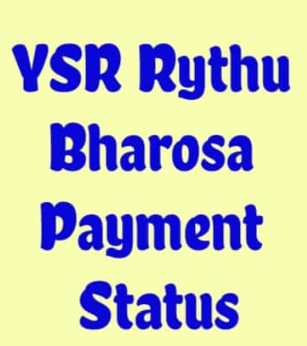 YSR Rythu Bharosa scheme was announced and implemented on 15th October 2019 in Andra Pradesh state. This scheme will provide monetary benefits to the farmers.you may able to grab the information related to the YSR Rythu Bharosa List 2022 such as the procedure to check the beneficiary list.H Arun Kumar Special commissioner, agriculture has said in a statement that the farmers will get Rs. 5500/- financial assistance for the purchase of seeds.

All the eligible farmers from SC/ ST/ Minority/ BC category will get Rs. 7500/- into their bank account. Not only that those farmers who are cultivating endowments departments lands will also get Rs. 7500/-. List of eligible farmers will display in the gram panchayat office by the district administrations. From May 15, 2022 seed supply via Rythu Bharosa Centres on subsidized rate will start. 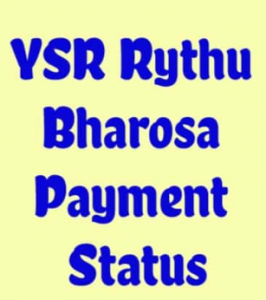 In the letter he mentioned the fact that despite the difficult times due to the coronavirus, the State Government was committed to the farmers welfare. As per the YSR Rythu Bharosa-PM Kisan Scheme , farmers, tenant farmers, eligible cultivators would receive Rs 13,500 per year.

More than 49 lakh farmers across the state will be credited with the financial assistance from the scheme for the second year in a row, while keeping the promise that the farmer will be given the amount before the Kharif season.

On 3rd January 2022, the chief minister of Andhra Pradesh YS Jagan Mohan Reddy released the third tranche of investment assistance under the YSR Rythu Bharosa Scheme. Around 5058489 beneficiaries have been provided benefits under the 3rd trench of the scheme. The government has spent a number of Rs 1036 crore for 5058489 beneficiaries. This amount has been deposited into the bank account of the farmers from the camp office of the CM at tadepalli. A total of 6899.67 crores will be deposited till now in the year 2021-22. Over the past three years, this scheme has provided investment assistance of Rs 19812.79 crores.

This scheme was launched on 15th October 2019. Around 6162.45 crore to 45 lakh farmer families have been provided in the first year. Of this amount, 2525 crore was borne by the Central Government under PM Kisan and Rs 3637.45 crore has been borne by the State Government. In the second year, the government of Andhra Pradesh has deposited Rs 6750.67 crore into the account of 49.40 lakh farmer families. Of this amount, the state government have contributed to Rs 3784.67 crore and the central government have contributed Rs 2966 crore under the PM Kisan Yojana