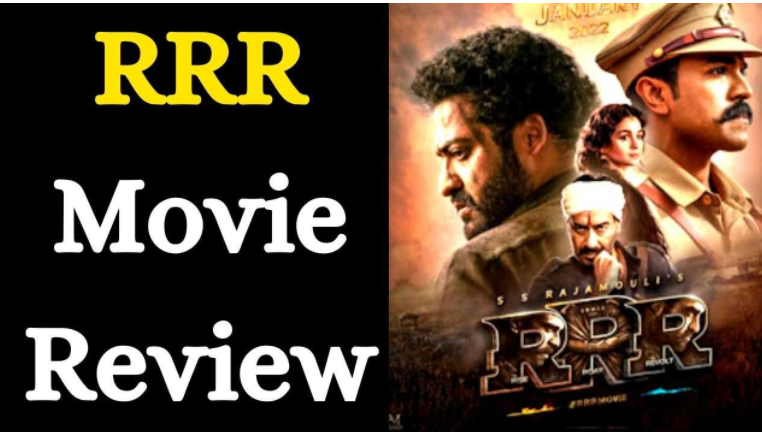 After watching RRR, Shiv Kumar took to his Twitter and wrote “Just seen RRR movie. Although I saw each frame 1000s of times as a colorist, I was more emotional when I saw the last copy as a regular audience. I say strongly, it breaks all records and creates new records that no one can break & it charges over 3k crores. Write it down.” His tweet is going viral on the social media and the traders are expecting that the movie will break several pre existing records at the box office.

RRR, the big budget drama bankrolled by DVV Danayya under the banner of DVV Entertainment, is going to be released in over 6000 screens across the world.  Baahubali fame MM Keeravani has composed the tunes for this project.

SS Rajamouli’s RRR, starring Ram Charan and Jr NTR in the lead roles, is finally about to hit screens on March 25.While fans are excited to hear more about the film, a technician who worked on it predicted massive box office numbers. Shiv Kumar, who claimed to be the colourist, watched the film’s final copy and shared his review on social media. “Just seen @RRRMovie. Although I saw each frame 1000s of times as a colorist, I was more emotional when I saw the last copy as a regular audience

RRR is the film everyone is waiting for. Junior NTR and Ram Charan fans cannot wait to see their icons on screen in a story of valour and brotherhood. RRR’s tickets are seeing unprecedented advance bookings in the states of Telangana and Andhra Pradesh. People who have had a sneak peek of the final product is raving about the combination of Ram Charan and Junior NTR. IT seems the two actors have superseded all expectations with their performances. The movie is set in the pre-Independence era. It is about two brothers who are on two different sides but reunite to seek freedom.

Later on, Rajamouli revealed that the film’s core idea came from The Motorcycle Diaries (2004). “I was fascinated by how a character named Che transforms into a revolutionary called Guevara and have structured the characters of my protagonists around a common point, on similar lines,” he added. Charan and Rama Rao play the younger versions of Alluri Sitarama Raju and Komaram Bheem respectively. The core idea is taken as an inspiration, but the story is entirely fictitious.”When I read about Alluri Sitarama Raju and Komaram Bheem, it was exciting to know that their story is similar. They never met each other. What if they had met? What if they had inspired each other? That is what RRR is about,” he noted.

The movie is having a very unusual title RRR, which Rajamouli said was essential to give a universal touch and is required for a movie of such a big scale. K. V. Vijayendra Prasad gave the original story while Rajamouli scripted the film.

RRR is up for a massive release on the 25th of this month. How the film will be received by Hindi audience is a million dollar question right now and the trade is eagerly waiting for it so Rajamouli.

So, in a way, RRR has to face two films which are released. Generally, the makers are tense about the biggies that are about to come when their film is already in theaters. Now, RRR has to tackle films which have already been released. Rajamouli has got very good recognition in the north as well and if he manages to sustain itself amidst these two biggies, then there is no denying the fact that Rajamouli will truly be the king of Indian cinema.

RRR is made on a budget of close to Rs 450 to 500 crores if we consider the fees paid to the stars and filmmaker. SS Rajamouli is going to take a share of the profits. The film is being produced by DVV Danayya who owns one of the biggest studios in the South. In fact, his son Dasari Kalyan has been launched as a hero by the team of RRR.

It seems the film has a very emotional second half. And the death scene of Ram Charan will bring tears to the eyes of the audience. SS Rajamouli has spent three years in making RRR. This is his fourth film with Junior NTR and second with Ram Charan