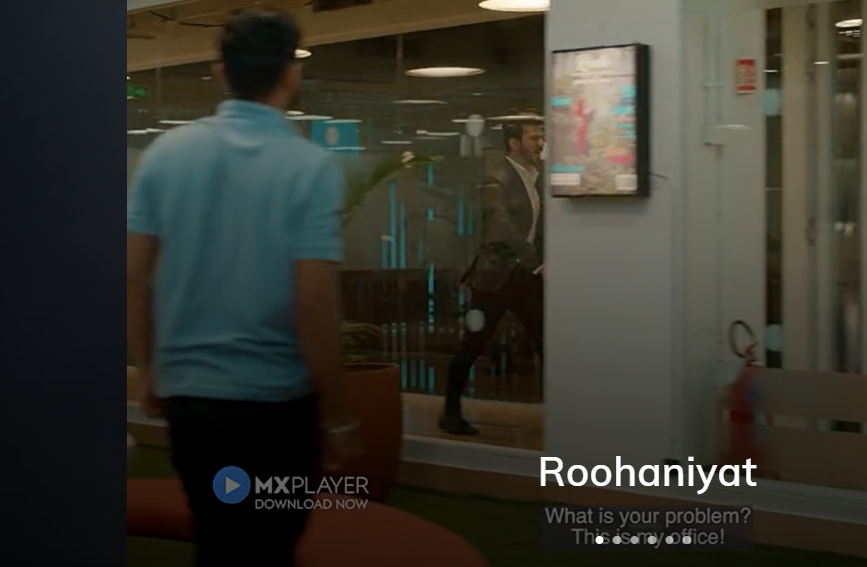 A man who becomes disinterested, cold, and detached with the idea of love, meets a young girl who can’t stop thinking about an ideal romantic relationship and the concept of soulmates. The air is heavy with an underlying tension created when opposites cross paths and interact. And then, two people with different philosophies about love develop feelings for each other. We have all seen movies and shows revolving around this concept. Add to that a 15-year age gap between the two people and a murder mystery to solve, and you have MX Player’s latest offering Roohaniyat starring Arjun Bijlani and Kanika Mann in the leads.

Talking about Roohaniyat, actor Bijlani said, “Shooting for this series has been an amazing experience. This show is all about finding answers to whether love forever exists. This is not your usual love story. It has twists and turns that no one expects. I can’t wait to see the audience’s reaction to the trailer.”

The show follows the story of Saveer Rathod (Arjun Bijlani) who requests his fiancé Ishanvi (Yuvika Chaudhary) to not surprise him on his birthday, as he hates them. Instead, what he gets is the shock of his life, which leaves him devastated, confused, and in mourning. He does not believe in the idea of a ‘forever’. ‘Forever is a lie’, he says. However, 19-year-old Prisha does not agree with him, even when she’s left heartbroken from her previous relationship. As their paths cross, Prisha falls for Saveer, but there are truths that she is unaware of. What twists and turns await Saveer and Prisha’s life and relationship becomes the plot of the series.

This is all about the upcoming Hindi web series Roohaniyat which will be released in March 2022. It is a decent love story that takes a drastic turn when the trust gets broken between Prisha and Saveer. We hope this information will help you about how to watch the Roohaniyat web series online for free along with their release date, cast and more.

Roohaniyat in a few words then it’s a balanced romantic drama, to be very honest the start of this web series is quite good. The initial 1-2 episodes were very gripping but after that, with each passing episode, the story goes down, down, and down.In the early stages, the story progresses further in fast-paced, I was guessing that this story would end in 13 episodes but a lot of unnecessary scenes have been dragged due to which I bored, especially in conversations scenes.

The conversations are very long, the scenes have very long pauses due to which you will feel this series is lengthy. The story of this series is still incomplete. Its next season will come on 21st April 2022.Now like I said the first episodes were very impactful but after all the emotions, expectations, and fun starts to fade away.