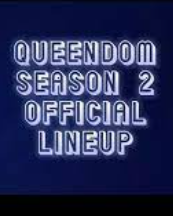 Excitement for the upcoming season of “Queendom 2” is ramping up, and the lineup has officially been announced. It’s another amazing cast with five girl groups and one soloist making up the competition. From fresh faces to seasoned stars, there’s a lot to look forward to from this season. Plus, Girls’ Generation member and legendary soloist Taeyeon is hosting – as if it wasn’t exciting enough already! If you want a breakdown of the six competitors or just need a quick review to help prepare you for episode 1 (premiering on March 31), then this is for you!

Mnet’s hit survival program “Queendom” is returning with a second season, featuring six high-profile female K-pop acts vying to take home the top honor, along with an opportunity to air its global comeback show through the cable channel.

The show will take on the same format as the previous season, which ended in October 2019, but this time also allows global fans to participate in the voting to pick their No. 1 “global queen.”

Viewers of the second season of “Queendom” will see six girl groups — WJSN, Brave Girls, Loona, Viviz, Kep1er and Hyolyn, formerly of now-defunct act Sistar — battle it out with their performances in each episode. The winner of the show gets to promote its new song in a separate global comeback show on Mnet.

“Fans around the world can participate in video voting and evaluate the contestants as a global evaluation group,” Park Chan-wook, the chief producer of the program, said during an online conference Wednesday. “Since K-pop fans around the world can watch the show through real-time streaming services, we’ve decided to introduce the system.

A four-member group with a long history in entertainment, Brave Girls recently shot to fame with their track “Rollin‘,” originally released in 2017. Seriously – if you haven’t heard this song, where have you been!? It’s gained so much traction with K-pop stars and fans alike, and it’s exciting to know that these lovely ladies will get a chance to showcase all of their talents on this season of “Queendom 2.” Members Minyoung, Yoojung, Eunji, and Yuna will definitely bring their all!

The only soloist competing this season, Hyolyn is a force to be reckoned with – in the best way! This former SISTAR member made her debut in 2010, which means she has over a decade of experience in the entertainment world. A star vocalist, dancer, and rapper, there’s nothing Hyolyn can’t do. She’s also had some stellar releases since she went solo, and she’s perfected her own sultry style. She’ll be out there slaying on the stage, so get ready!

The youngest competitors on this season, nine-member group Kep1er made waves with their debut track “WA DA DA” – they even broke the record for highest first-day sales on a girl group debut album, which says a lot about how talented they are. As the winners of “Girls Planet 999,” they boast some hefty survival show experience despite their very recent debut. They’ve also managed to bag their first music show win already, so Kep1er is definitely a group to watch out for!

A 12-member group that debuted in 2018, LOONA is not here to play. They’ve covered a lot of ground over the course of their career, exploring new genres with every comeback – no two LOONA tracks ever sound the same! Accomplished singers, dancers, and rappers, the group is definitely stiff competition when it comes to the incredible variety of concepts and styles they can achieve. “Queendom 2” is just another chance for these ladies to show off their skills, of which there are plenty!

Consisting of former GFRIEND stars SinB, Eunha, and Umji, VIVIZ’s debut track “BOP BOP!” got its first music show win within a week of its release – an impressive feat in and of itself! With all the freshness of a brand-new group and the experience of seasoned industry professionals, VIVIZ will definitely add some spice to the competition. It’ll be exciting to see what kind of mark they will leave as a three-member team, and “Queendom 2” will be the perfect place to set the stage for this new phase of their careers.

Last but not least, the members of WJSN are getting their chance to shine on “Queendom 2.” With a dedicated fanbase, WJSN has more than six years of industry experience under their belts. Boasting a wide arsenal of talented members such as a “The King of Mask Singer” winner and an accomplished K-drama actress, it all comes together in their incredible stage performances. Their stage presence and storytelling are unmatched, which makes them great contenders for the crown!