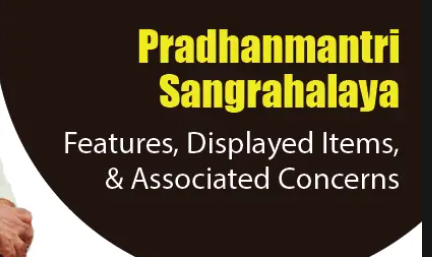 The museum will shed light on the leaders’ political career, their contribution to the country and will also take visitors through the country’s history including the freedom struggle. The museum also commemorates 75 years of India’s independence as a part of the “Azadi ka Amrit Mahotsav” celebrations.PM Modi paid for his ticket digitally, as he always has like when he inaugurated the Pune metro last month, in a push for the government’s Digital India flagship programme.The price of the museum ticket is Rs 100, if bought online, and Rs 110 in offline mode for Indians while it is Rs 750 for foreigners,

The High tech museum showcases the story of Indian Prime Ministers and their contributions to nation-building. The visitors will get a first-hand experience through visual and digital means to learn about the leadership, vision, and achievements of all our prime ministers. The museum is located in the Teen Murti Bhavan complex, a 25-acre-plot that holds the Teen Murti Bhavan – the residence of Jawaharlal Nehru, The Nehru Memorial Library which will now host the museum dedicated to the PMs of India as well.

The design integrates the old Teen Murti Bhavan in the new masterplan which will be designated as Block – I with the newly constructed building designated as Block II. The building is a hemispherical dome topped with an Ashoka Chakra which talks about the story of rising India moulded by the hands of its leaders. According to the PMO, the total floor area of the two blocks is a combined over 15,600 square metres. The design which incorporates sustainable and energy conservation practices is built in a way that no tree was cut or transplanted during the course of its construction.

A matter of pride for all Indians”

PM Modi in his inaugural speech remarked, “This museum is a great inspiration for us at a time when we are celebrating 75 years of independence. I can also see families of former PMs today. This event is graced by their presence.” He added, “It is a matter of pride for all Indians that most of our prime ministers have come from very humble families and every government has a role in taking India to where it stands today. The PM Sangrahalaya has also become a living reflection of the shared heritage of each government that served the country.”

PM Modi said, “Pradhanmantri Sangrahalaya’ will open doors of knowledge, ideas, and experience for coming generations. “Facing the challenges, every Prime Minister has tried to take the country forward. These are all things of public memory. If the youth and future generations will know about the Prime Ministers, then they will get inspiration,” he talked while highlighting the role the museum would play in sensitizing the youth about the history of Independent India.

The price of the Pradhanmantri Sangrahalaya ticket has been fixed at Rs 100 for online and Rs 110 in offline mode for the Indians. It is priced Ts 750 for the foreigners.

There is also a 50 per cent discount available for both online and offline modes for children between 5 to 12 years of age.

Similarly, the college and school students will get 25 per cent discount on booking made by the schools and colleges.

Guided by the vision of Prime Minister Narendra Modi to honour the contribution of all the Prime Ministers of India towards nation building, the Pradhanmantri Sangrahalaya is a tribute to every Prime Minister of India since Independence, irrespective of their ideology or tenure in office.