Petrol and diesel prices in India highest in world 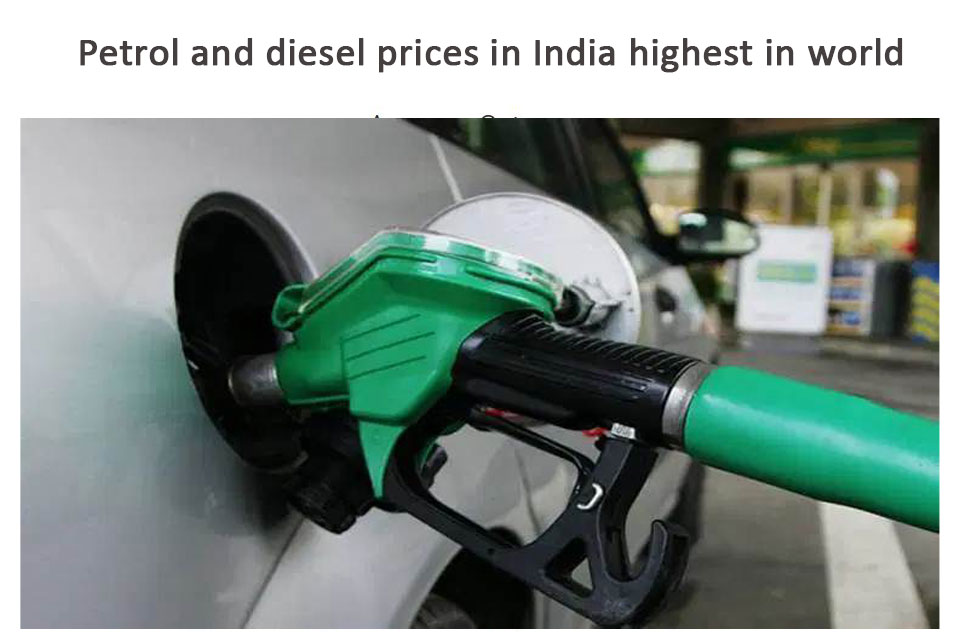 Petrol and diesel prices in India

According to this situation, consumers become anger. But the government is not trying to reduce the tax.

The Times of India written an article on 15th September why the government should lower the oil taxes. It includes the International crude oil prices half reduced since the Narendra Modi government assumed office. But the government hasn’t made practically no difference to the consumer.

Just two days ago, we can see the petrol and diesel prices increased to their highest level in three years. In Mumbai, the petrol price was the highest in the country on Tuesday. It is Rs 79.48 per litre.

Petrol, diesel prices increased in day by day. The Narendra Modi government introduced the daily price revision system of the petroleum products from mid-June this year. It introduced for avoiding sudden spikes in prices that caused popular revulsion. But the petrolatum product price changes on a daily basis. For example, on 1 July to12 September, the price of petrol for the increased to Rs 5.18 per litre.

Today, the diesel prices Rs 62.37 per litre in Mumbai. But Delhi Rs 70.38 per litre for petrol and Rs 58.72 per litre for diesel on 12 September. This difference is the value-added tax (VAT) charges. The Delhi government is comparatively less than that by the Maharashtra government.

Now we can see the difference in India’s oil prices compare with the US or other western nations.

But the case of India. Our per capita income is a little above $6,000. But the government sells petroleum product price is $1.25.

The Pakistan government is more considerate to its citizens than India. Pakistan individuals per capita income is around $5,500, sells petrol price is $0.67.

According to the above statements, it is clear that the daily price revision system of the petroleum products is not accurately creating.

When considering the case of Sri Lanka, Nepal or Bangladesh, our government’s extortion has no match in any other country.

According to this comparison, we can understand that. The Indian government imposes a heavier burden on its citizens compared to that of other countries. whether they are richer or poorer nations than India.

However, the government’s decisions seem to focus on generating more revenue from taxes to cushion the ailing economic from further Covid-19 impact.