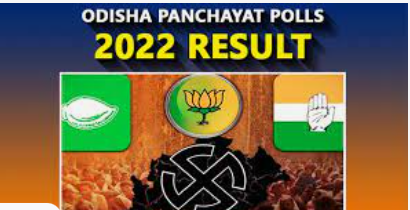 In the first phase, 67.51 lakh voters will vote between 7 am to 1 pm. Even, Pre-poll violence changes the entire situation of booths. Almost 22,379 polling booths have been arranged for the voters. The concerned authorities identified 3,357 polling booths out of 22,379 as vital agenda.There are only 1669 seats for samity members who can be nominated by voters in the state. Besides, they arrange various services like video recording and others.

The election commission of Odisha stated that the polls vote will be arranged from 16th to 24th February in five phases. In other words, vote counting will be started from 26th February and ended on 28th February across the state.Almost 2.79crore people are able for voting in these several phases.

State election commission authorities provided huge security arrangements across the state for preventing violence and worse matter. Infected districts of the state, many Maoists declared to the rural people to boycott elections of the panchayat.

Additionally, the concerned authorities of the state commission arranged some special security forces so that no one can be hurt by Maoists. These Maoists presence districts are Koraput, Kalahandi, Bolangir, Rayagada, Malakngiri, etc. senior police officers associated with anti-Maoist operations throughout the state.

There are various parties like BJP, BJD, and congress in the political field. The senior leaders of these parties work in an organized way to reach the goal. State election commissioner Mr. Sahu stated that they got a proposal for re-polling at 13booths because of disturbance. There were many errors in ballot papers in the second phase of voting. The state commission got the proposal and a decision will be taken shortly, he informed.

State election authorities comprised 37,245 policemen for the smooth conduct of the panchayat election. In other words, many actors and actresses took part in the political party for being an MLA or MP. Then, a popular actress of Odisha named Varsha Priyadarshini campaigned in various places.

According to the report, three village guards have been killed by extremists and various people were injured when their bus overturned during their duty hours in Nabarangpur district. This phenomenon happened on Friday night in papadahandi block.

Secretary official of the state election commission has announced that 15lakh will be provided to the family of those who lost their lives during polling vote’s duty times.

State election commissioner Mr. AP Padhi builds awareness among people. For that reason, they can use the mask and maintain social distancing during the panchayat vote at the polling booths. Everyone should maintain safety measures during the entire procedure of an election. However, corona-affected patients have been allowed to cast their votes during the last moment of polling booths.

Odisha panchayat election 2022 vote results will be held on 26th February after completing five phases of the polling booth.

As per the figures received after the first day of vote counting, Biju Janata Dal (BJD) is leading the cue in the Odisha Panchayat Polls. BJD is ahead in approx 87 percent Zilla Parishad Zones. Counting Trends in Zilla Parishads so far after Day 1 goes like, BJD leading at 230 followed by BJP at 10, congress with 12 and others with 4.

Voting begins in 22 blocks in Ganjam. Counting for 22 Zilla Parishad seats and 229 Panchayats for the post of Sarpanch, Samiti Member and Ward Members underway.

Voting begins in Mayurbhanj amid high security in 26 Zilla Parishads.

A total of 2.2 lakh candidates contested in the elections, the SEC had declared 36,523 ward members, 126 sarpanch, 326 panchayat Samiti members, and one Zilla Parishad member as uncontested winners.