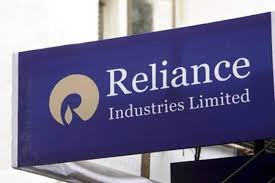 Billionaire Mukesh Ambani’s Reliance Industries Ltd making its second acquisition in the e-pharmacy space in form of a majority stake in Netmeds for Rs 620 crore will complement its digital consultation and diagnostic tests offering, analysts said on Wednesday. RIL through its subsidiary Reliance Retail late on Tuesday night announced the acquisition of a 60 per cent stake in Indian digital pharma market place Netmeds for Rs 620 crore.Netmeds operates an online pharmacy in India for prescription products, OTC, and health and wellness products.

Morgan Stanley said this is the company’s “second acquisition in the e-pharmacy space, an area it has highlighted would be of focus as it builds its digital-plus e-commerce ecosystem”. Over the past three years, RIL has announced USD 3.1 billion in acquisitions with 13 per cent in retail, 80 per cent in telecom, media and technology, and 6 per cent in energy.

Netmeds is present in 670 cities and towns and offers more than 70,000 prescription and lifestyle drugs and thousands of non-prescription goods for wellness, health, and personal care. Netmeds promoters have a long history in pharma retailing and manufacturing and had about USD 1 million in revenues in FY2018, it said. Its app also offers doctor consultation services as well. In 2019, RIL acquired C-square, which offers software for distributors/retailers in the pharma sector and handles 1 million-plus transaction daily. “Currently RIL offers digital consultation and diagnostic tests on its online app JioHealth Hub and the acquisition of NetMeds completes the offering with medicine delivery as well,” Credit Suisse said. “Typically post the teleconsultation, the prescription is captured in the app and patients can be given a customized offer for both diagnostic tests and medicines prescribed.” The margins, it said, are low in online pharmacy (given the delivery cost involved) but the total medicine market in India is large at about USD 18-19 billion. “RIL could expand online pharmacy market in India,” Credit Suisse said adding the company should have a significant advantage with its large physical retail presence and should significantly expand the online medicine market in India.

The online medicine market currently is small at 3-3.5 per cent of the total pharma market as the existing players do not offer express delivery options and delivery of medicine typically takes 24-48 hours. This limits the market largely to refill prescriptions or for chronic medicines for the new prescriptions. “RIL with its significant physical retail presence should be able to reduce the delivery timeline and hence likely expand the market. Further large physical retail network, likely would reduce the delivery cost for RIL too,” Credit Suisse said.

In the medium term, it is possible that RIL may go for an aggregator model for mom-and-pop pharmacy stores (similar to Kirana store format in grocery) which could further expand reach for RIL, it added. The acquisition was done under retail and not under the digital arm, Jio. “Given Jiohealth Hub is under Jio, the other choice was to acquire Netmeds under Jio,” the brokerage said. At the firm’s annual general meeting last month, management has mentioned that JioMart (under retail) operations would be extended beyond grocery to electronics, fashion, and medicines. Therefore, the likely acquisition of NetMeds is under the retail subsidiary.

RIL has also mentioned that JioMart would start delivering electronics, apparel, and footwear from September 2020. The Netmeds acquisition was done for cash consideration of Rs Rs 620 crore (USD 83 million). The acquisition gives RIL 60 per cent equity stake in Vitalic Health and 100 per cent direct ownership in subsidiaries (collectively known as Netmeds).