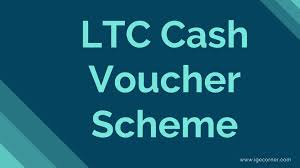 India is known as Asia’s third-largest country economically. Recently the Indian central government has announced an incentive for central government employees.Finance minister, Mrs.Nirmala Sitaraman called this scheme as part of the latest measure to boost demand. As per the plan of this portal, employees will get travel allowance in cash.Mrs. Sitaraman expected the cost of this scheme to 7500 crores for the central Government employee and public sector units.

During the global pandemic,many private-sector employees lost their job and faced severe problems in their life at a time. For cash crunch, small and medium business entities and owners struggle in every aspect. The government tax revenue department has been fallen there in the recent past. On the other hand, the central government employees will purchase goods or services through this scheme. They will able to do any work instead of giving leave tax concession /leave tax allowances.