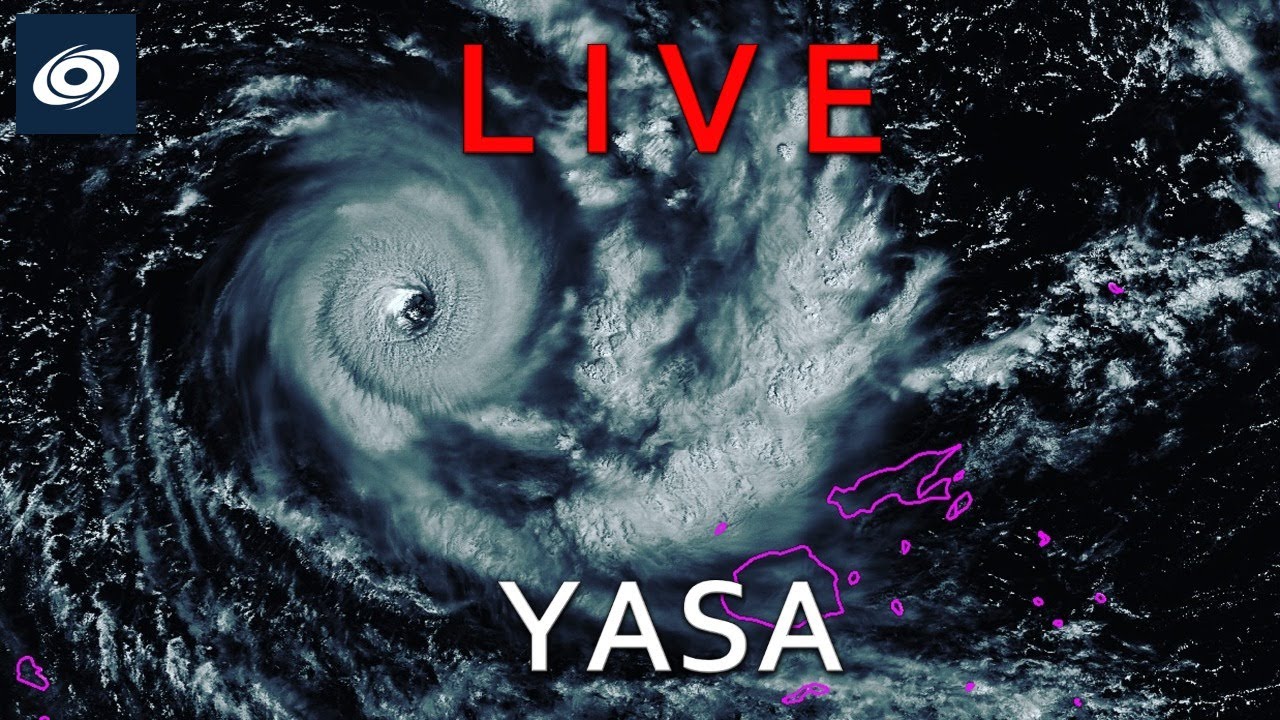 The developing cyclonic storm ‘Yaas’ will most-probably make landfall somewhere between Odisha’s Paradip and Sagar Islands, the southern-most part of West Bengal. The Director General of India Meteorological Department Mrutyunjay Mohapatra made the major announcement on Sunday.The cyclone which will hit the coastline as a very severe category storm will have a sustained wind speed of 155 to 165 kmph during the landfall, Mohapatra informed while speaking to OTV.

The national weather forecasting agency has confirmed that the cyclonic system which had turned into well-marked low pressure earlier today has now intensified further as a depression and will transform into a cyclone by morning of May 24.Wind speed will increase to 50 to 60 kmph on and off the coast on May 25 and will increase up to 90 to 110 kmph from May 26 morning on north coastal districts. A total area spanning 50 km around the eye of the storm will experience strong winds of around 155 to 165 kmph during the landall. 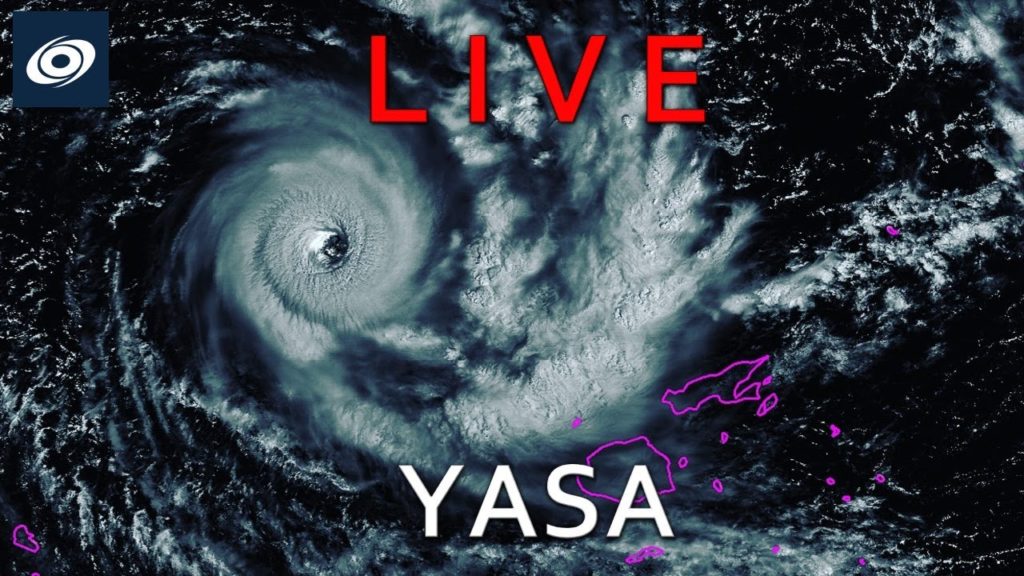 Centre has asked Andhra Pradesh, Odisha, Tamil Nadu, West Bengal and Andaman and Nicobar Islands to ensure that health facilities are stocked with essential medicines and supplies to meet any exigencies in the wake of Cyclone Yaas which is expected to make landfall on Wednesday.

The Centre has sounded high alert in 14 of 30 districts in Odisha ahead of Cyclone Yaas’s impact. The Odisha government has urged the Indian Navy and the Indian Coast Guard to be prepared for the emerging situation.

The Indian Railways has announced that 22 special trains, which were to run in the next week in West Bengal, Odisha, Andhra Pradesh belt have been cancelled. 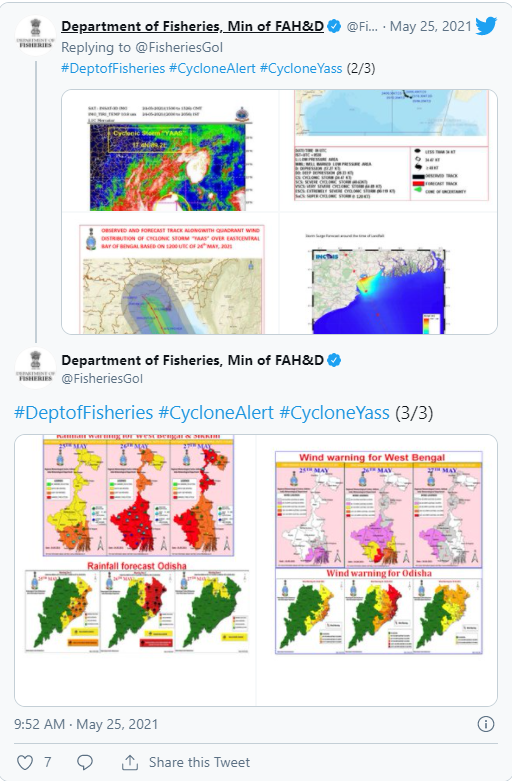 Apart from the impact of cyclone in Odisha and West Bengal, there may be widespread rains in Andaman and Nicobar Islands and districts of the east coast that may cause inland flooding.

The National Disaster Response Force (NDRF) has begun positioning its teams in West Bengal and Odisha as Cyclone Yaas is likely to hit these states on the eastern coast of the country around May 26-27. Some of the NDRF teams dispatched to undertake evacuation, rescue and restoration work in states affected by Cyclone Tauktae on the western coast are being called back. 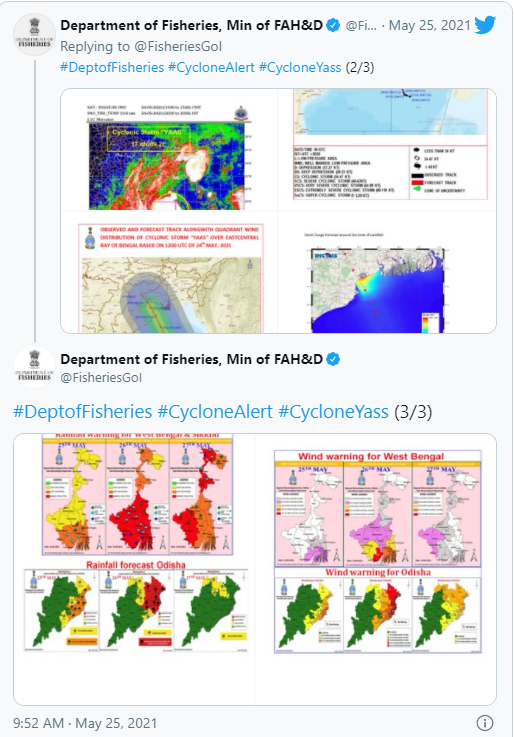 Cyclone Yaas is likely to be in the ‘very severe cyclonic storm’ category. However, some experts suggest that since the storm has been formed closer to land, it won’t get time to travel much longer and may not be that powerful. But at the same time, we can’t be sure about the storms. Even if the degree of the landfall severity may drop a notch, the vast population in the path of Cyclone Yaas is a cause of concern.

Cyclone Yaas LIVE Updates: Cyclonic storm Yaas is very likely to make landfall near Balasore in north Odisha with a speed of 155 kmph to 165 kmph, gusting to 185 kmph, around noon on May 26, the Met department said. The system, which lay centred about 620 km south- southeast of Balasore and 610 km south-southeast of Digha in West Bengal over east central Bay of Bengal on Monday morning, will move in a north-northwesterly direction, Sanjib Bandopadhyay, the deputy director at the Regional Met Centre in Kolkata, said. 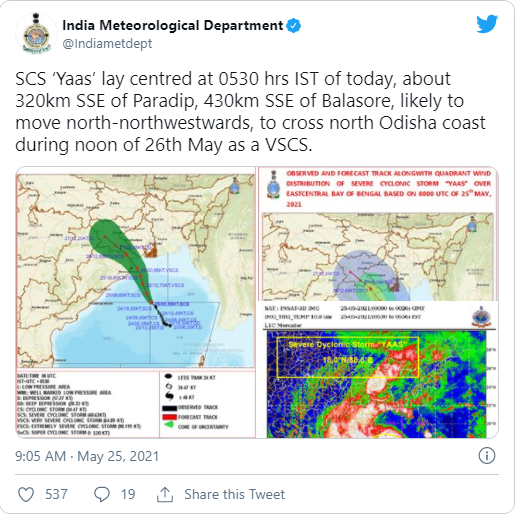 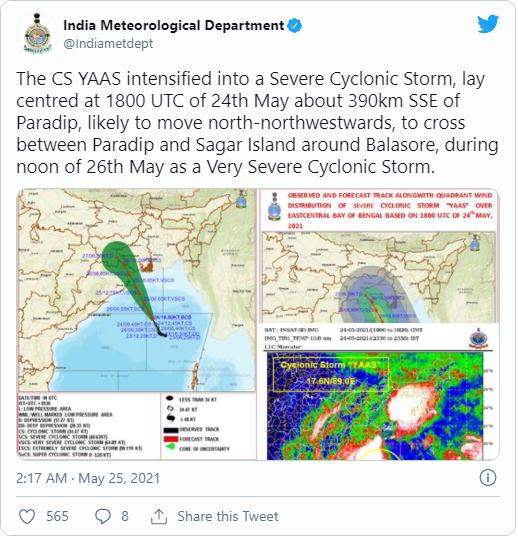 The Indian Coast Guard said all the 265 boats, which were reported to be in the Bay of Bengal by fisheries authorities, have returned to harbour in view of cyclone Yaas. The cyclone is very likely to cross the north Odisha and West Bengal coasts between Paradip and Sagar Island around May 26 noon as a ‘very severe cyclonic storm’. It is expected to bring in winds of 155 to 165 kmph, gusting up to 180 kmph. 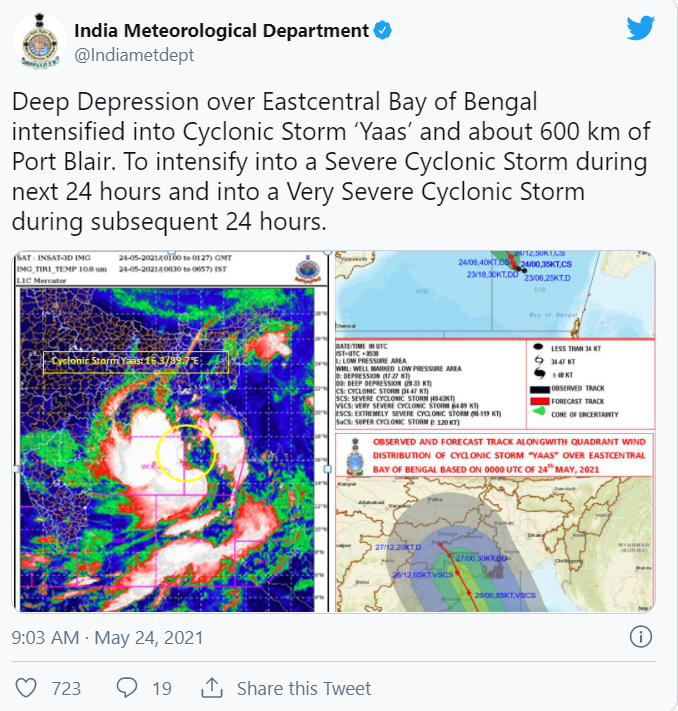 Strong wind and rainfall activities will continue 6 hours before and after the time of landfall. Districts of south, central and east central Odisha including Puri and Khordha may also get rainfall and wind with speed up to 50 to 60 kmph during the peak of the cyclone.

Strong wind and rainfall activities will continue 6 hours before and after the time of landfall. Districts of south, central and east central Odisha including Puri and Khordha may also get rainfall and wind with speed up to 50 to 60 kmph during the peak of the cyclone. 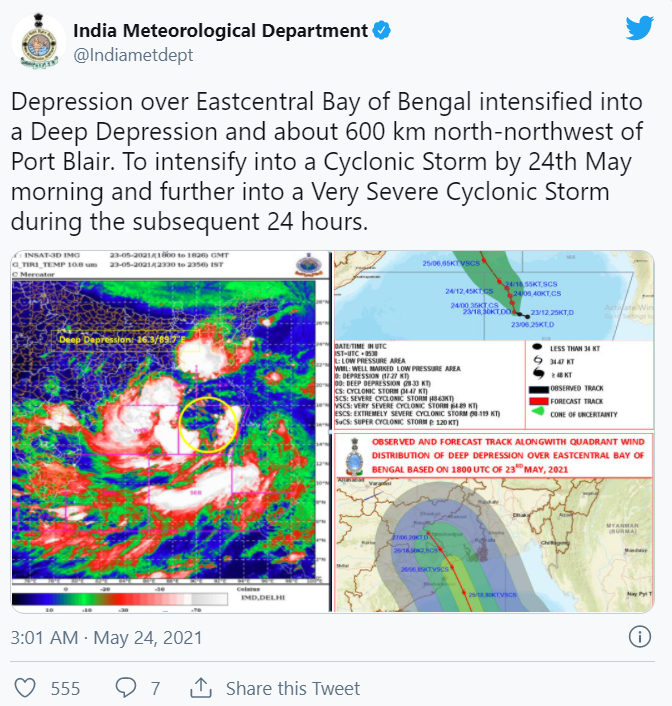 Heavy to very heavy rainfall at isolated places over Andaman & Nicobar Islands on 23 & 24 May; over north coastal Odisha on 25 May; Gangetic West Bengal on 25-27 May & Jharkhand on 26 May and Bihar on 27 May, the IMD said in its bulletin.

Meanwhile, NDRF DG Satyanarayan Pradhan has informed that 10 more teams of the disaster management wing will be airlifted to Odisha for relief and rescue operations during the impending cyclone Yaas. Till now, a total of 22 teams of NDRF have been dispatched to Odisha for the cyclone.