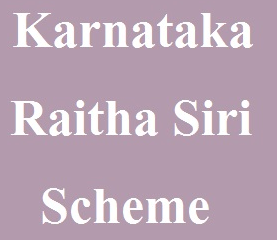 Karnataka govt. has announced a new scheme named Raitha Siri in recent Budget 2019-2020. Under this Raitha Siri Scheme in Karnataka, the state govt. will provide Rs. 10,000 per hectare to all the millet growers.Kumaraswamy govt has allocated Rs 250 crore subsidy for Krushi Bhagya Scheme for construction of farm ponds to provide conserved water to dry land farmers.

Kumaraswamy also claimed that Rs 5,450 crore has been released as part of the coalition government’s flagship farm loan waiver scheme in July 2018.A grant of Rs 6,500 crore for waiver of loans of farmers with commercial banks and a grant of Rs 6,150 crore for farmers with loans in cooperative bank was announced. A total of Rs 46,853 crore to the agriculture-related departments is in the budget.