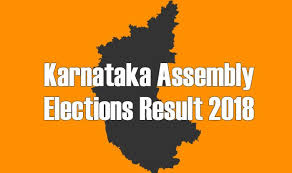 A single-phase polling was held in 222 constituencies, including 36 reserved for the Scheduled Castes (SC) and 15 for the Scheduled Tribes (ST) and 26 in Bengaluru from 7:00 am to 6:00 pm. Polling to Bengaluru’s Raja Rajeshwari (RR) Nagar has been postponed to May 28 in the voter cards case and countermanded in Jayanagar segment due to the death of BJP contestant B.N. Vijaya Kumar on May 4. BS Yeddyurappa led the Bharatiya Janata Party (BJP) campaign for the Karnataka Assembly elections 2018 and the results on May 15 will decide his fate in the party. He was the star campiagner for the BJP along with Prime Minister Narendra Modi and party president Amit Shah.

His clarion call during the campaign was to oust the Congress from power and give the BJP one more change to serve Karnataka. The 75-year-old BJP chief ministerial candidate is contesting from the Shikaripura, which he has won six times

After clicking on the link, Karnataka Vidhan Sabha Result 2018’s Winner List will be in front of your screen.

In this way you can see the Karnataka Assembly Election Result 2018.

Dear Friends, How do you know about the karnataka assembly elections Result 2018  If you have any questions related to it, you can ask your question by going to your comment box and you can link and share our Facebook page.