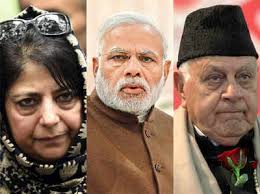 The announcement comes days after the state’s two prominent parties, the National Conference and the Mehbooba Mufti-led Peoples Democratic Party (PDP) said they will not participate in municipal and panchayat polls in the state, citing an “atmosphere of fear” due to the “assault on the special constitutional position” of Jammu and Kashmir.

The Jammu and Kashmir State Election Commission on Sunday said the panchayat elections in the state will be held in nine phases starting from November 17when elections were last held in the state, there were 4,098 panchayats. However, new delimitations have added 280 new panchayats to the list, taking the tally to 4,378. The number of panch segments has gone up by about 4,000, taking the total number of panch constituencies to 33,402. j&k panchayat election 2018 Bandipora, Baramulla, Budgam, Ganderbal, Kargil, Kupwara, Leh, and Srinagar in Kashmir and Doda, Kathua, Kishtwar, Poonch Rajouri, Ramban, and Udhampur in Jammu will vote in the first phase. South Kashmir’s Anantnag, Kulgam and Shopian will vote in the second phase, and Pulwama district in the third.

Another source confirmed the decision and said the boycott call given by the NC and the PDP was immaterial as Panchayat elections are not held on the party lines.

BJP in-charge of Kashmir, Ram Madhav, has also asked PDP and NC to reconsider their decision. Speaking to reporters in Srinagar, Madhav said, “Militants have been trying to deprive Kashmiris of their democratic rights since long. They will try to disrupt the upcoming panchayat polls.”