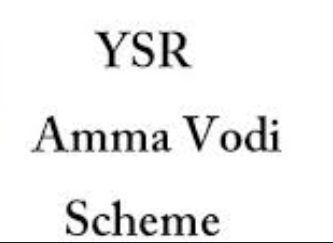 People are eagerly waiting for the State government’s prestigious scheme ‘Jagananna Amma Vodi’, which is likely to be launched in January. Under the scheme, the State government will pay Rs 15,000 a year to the mothers who send their children to school.As per the guidelines, issued by Principal Secretary B. Rajsekhar, all mothers or recognised guardians who belong to below poverty line (BPL) households (having white card) sending their child or children studying between Class I and Class XII (intermediate) to any of the recognised educational institution, including government, private aided and private unaided schools and junior colleges, residential schools and colleges in the State are eligible for the scheme.

Each mother will be provided with a financial assistance of ₹15,000 per annum irrespective of the number of children in that family. Mothers or guardians benefiting from the scheme should ensure at least 75% attendance of their wards.AP Amma Vodi Yojana is a major step to encourage parents to send their children to schools. As more and more students would go to school, the higher would be literacy rate. This would result in the higher education rate of children and would enable them to lead a life of dignity and honour. The decision to implement AP Amma Vodi Scheme was taken in the 1st cabinet meeting of Andhra Pradesh govt. headed by CM Jagan. Andhra Pradesh Chief Minister YS Jaganmohan Reddy launched the “JAGANANNA Amma Vodi” scheme in the state to provide free education for the school going children and to empower the education in the state of Andhra Pradesh. As the CM told, the scheme is specially intended for the downfall of private schools and to offer quality education in government schools.The scheme will be commencing from 26th January 2020 on the eve of Republic day. Amma Vodi scheme will be exclusively offered for students who are undergoing their education in Government and private schools in AP, and Intermediate students pursuing in government and private colleges. The scheme was exclusively implemented to empower education in the state. Pupil belongs to the lower-income category will get benefited from this scheme. Amma Vodi scheme offers an amount of Rs 15,000 per year to support a student’s education.

It has been announced by the education minister Dr. Audimulapu Suresh that the Amma Vodi beneficiary list has been released online and a comprehensive list will be announced on 26 December 2020 and the final list will be announced on 30th December 2020. There are around 7274674 students from class 1st to 10th from 64533 schools of the state and there are around 10.94 lakh intermediate students. The benefit amount will be transferred to the beneficiary’s bank account by 9th January 2022. The parents are asked to spare Rs 1000 from the benefit amount for maintenance of sanitization in the school. All the necessary actions are taken by the government in order to provide benefits to all the eligible beneficiaries. The scheme is being implemented transparently. The benefit amount is directly transferred to the beneficiary’s account by the Chief Minister.

The second phase under the Amma Vodi scheme has launched on 11 January 2021 by chief Minister YSR Jagan Mohan Reddy from Nellore. This information has been given by education Minister A. Suresh. Under the second phase of the Amma Vodi Scheme around 44 lakh, women will get 15000 for sending their children to school. Out of ₹15000 deposited into the bank accounts of mothers under the Amma Vodi scheme ₹, 1000 is deducted for improving and maintaining the toilet facility in the school. The state government is spending Rs 6400 crore on implementing this scheme. The state government has exempted the 75% attendance criteria keeping in mind the current situation of covid-19.

1. The beneficiary i.e., Mother/Guardian is eligible for Rs.15,000/- per annum irrespective of number of children of that family studying from class I to XII.

2. The Mother of the child should be from household that is below the poverty line as per the norms prescribed by the Government of Andhra Pradesh.

3. The Family should be in possession of a White Ration Card issued by the Government. Family is defined as Father, Mother and dependent children.

4. The beneficiary/Mother shall possess valid Aadhar card or having applied & verified.

5. To the extent possible the Aadhar card details of children studying between Classes I to XII be made available. The Aadhar details shall be collected only with the consent of beneficiary.

6. In case of the demise or absence of the Mother, the quantum of Rs.15,000/- shall be paid to the natural Guardian of the child.

7. The valid ration card data base shall be subjected to the 6 step validation.

8. The Children of the beneficiary should be studying in Classes I to XII in Government/ Private Aided/Private Un Aided Schools/ Junior Colleges recognized by the Government of Andhra Pradesh including Residential Schools/Jr.Colleges.

9. For orphans/ street children, who are admitted in schools through voluntary organization, this benefit will be extended in consultation with Department concerned.

10. The mother/beneficiary shall ensure at least 75% attendance of the children.

11. If the child/children discontinue their studies in the middle of the academic year, they will not be eligible for the benefit for that academic year. However all efforts shall be made to bring back that child to the school.

12. The students studying in the eligible institutions in Classes I to XII shall be taken as a single cohort for identifying the beneficiary mothers for grant of incentive under the scheme.

B) Mode of Payment

1. Every beneficiary /Mother should have Savings Bank Account in any Nationalized Bank or Post Office in the vicinity of the Village.

2. The amount of Rs.15,000/- shall be transferred to the beneficiary’s unencumbered Bank Account in the month of January every year through online till the child continues his/her Education upto Class XII.

3. The financial assistance shall not be continued to the Child beyond completion of Class XII.

As you all know that under the Amma Vodi scheme Rs 15000 per year will give to all underprivileged students. The Government of Andhra Pradesh is all set to launch Amma Vodi scheme phase 2. All the activities like obtaining personal details, Aadhar number, bank account details etc have to be completed before the last date. The headmaster of the school is responsible for enrolling all the eligible children. A timeline for fixing the correction of details, confirmation, rectification of errors etc have been fixed by the education department.

How to apply for “Amma Vodi Scheme”

For this you have to visit the official website of the AP government to download the application form.

May the list will also release district wise. It may also publish school wise or other way as prescribe. You can check the district wise list from here:-

How can I check the Amma Vodi Status (Mother Eligible Status)?

You can check it on the official website of Amma Vodi Scheme. For your assistance we are also provided the links on this page.

The official website of Jagananna Amma vodi Scheme is “jaganannaammavodi.ap.gov.in”