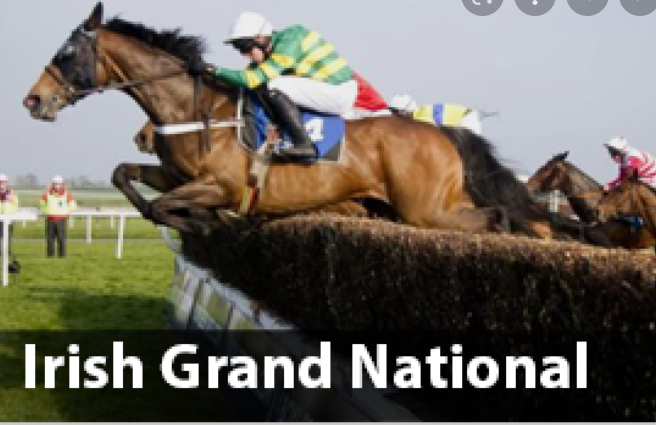 The 150th Irish Grand National takes place at Fairyhouse on Easter Monday.A total of 28 horses are set to run in the 3m5f contest, which takes place at 5pm, with Lieutenant Command and Samcro both non-runners.The big race will be shown live on RTE, ITV and Racing TV and can also be streamed online with the same providers.

It’s the final day of the Easter Festival at Fairyhouse and that means it’s Irish Grand National day.This evening will see the 150th staging of the country’s richest jumps race with around 14,000 hopeful punters expected to attend the Co Meath venue.Tipperary jockey Racheal Blackmore is expected to be “backed off the boards” as she aims to add the Irish National to her growing list of achievements.

Blackmore will continue her successful partnership with trainer Henry de Bromhead as she rides Full Time Score in the showpiece event, which goes to post at 5pm.Paddy Power spokeswoman Rachael Kane said: “We expect punters to back Rachael Blackmore off the boards as she attempts to make it fifth time lucky on Full Time Score in the Irish Grand National for trainer Henry De Bromhead.

Meanwhile, earlier on the card Darasso landed the Rathbarry & Glenview Studs Hurdle, in which Flame Bearer and Thedevilscoachman were both significant non-runners, for trainer Joseph O’Brien.

Ridden by Luke Dempsey, the blinkered nine-year-old took over the lead from Heaven Help Us early in the home straight before being challenged by the strong-travelling 3-1 favourite Santa Rossa, who was bidding to provide his trainer Dermot McLoughlin with a third winner in two days.

But Darasso refused to bend in front, galloping on strongly from the second-last and pinging the final flight to seal his six-length victory.O’Brien said: “He’s a great horse, he turns up every day and runs his race. That’s all you can ask for.He’s a little bit short of Grade One level but all you can ask for is that they do their best and he’s a joy to have around.

“You can go two miles or three miles in a chase or hurdle and you kind of know what you are going to get with him. It’s very unusual for a horse to be like that.I’m not sure what’s in Punchestown for him. We put him in the Champion Hurdle and he might sneak around there and see what happens, but we’ll see how he comes out of today as this was his target.”

Gordon Elliott’s Iberique Du Seuil caused a minor upset in the Donohue Marquees Juvenile Hurdle.Innatendue approached the last with a narrow lead, but 12-1 shot Iberique Du Seuil joined him in the air and finished the stronger to prevail by two and a quarter lengths.That was great and it’s nice to get a winner. We’ve had a winner each day and it’s very important,” said Elliott.