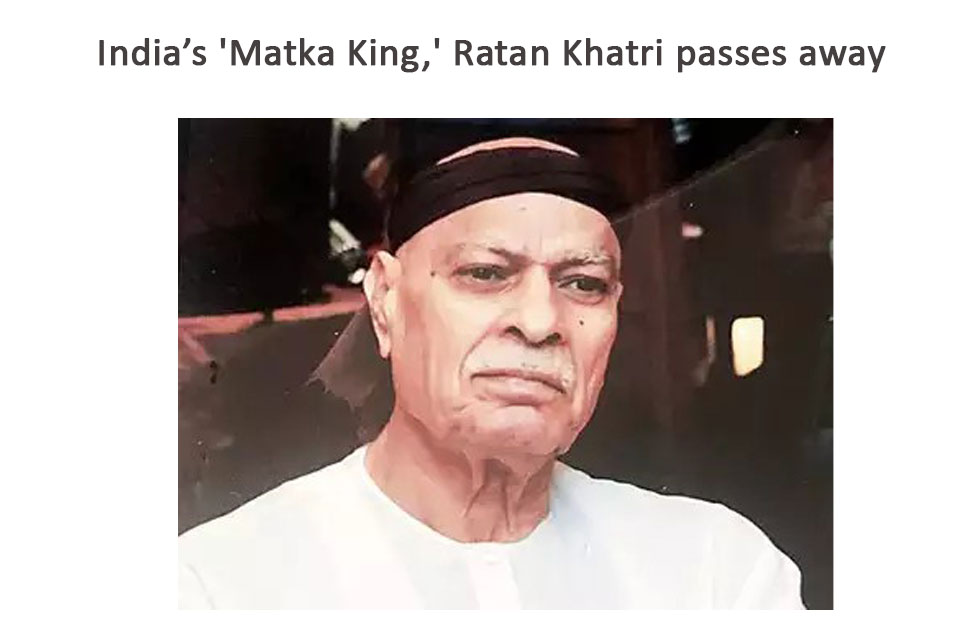 Who is the Matka King

Known for his shortage of ‘Matka King‘, Matka is India’s largest bet. It is a gamble that started in Mumbai in 1962. He is widely regarded as one of the pioneers of betting on India.

Family sources say that Ratan Khatri, has died. He died on Saturday at his home at the Najeevan Society in Mumbai’s central area. He was 88 years old when he died.

Kathri, who hails from a Sindhi family, came to Mumbai from Karachi, Pakistan when he was a teenager during the Partition in 1947.

The gamble started in Mumbai in 1962. He had credit with transforming Matka into India’s largest betting business. He established a nationwide gaming network for decades under his rule.

Matka was involved in betting on cotton opening and closing fees transmitted by the New York Cotton Exchange. In the 1960s, Matka was popular in every aspect of Mumbai society. His daily turnover was Rs. One Crore.

Matka is one of a kind betting game. It was most popular from the 60s till the late 90s all over India.

This game was pioneered by Ratan Khatri. He conducted this illegal business quite honestly.

In hard betting games, the lowest bet 3 Matka is usually declared the winning number. But the legend is that this man never did this in his lifetime.
It was always him winning or punter.

His legacy was also noted in Bollywood.  In the 1970s and 80s movies, many gamblers were imitated him.