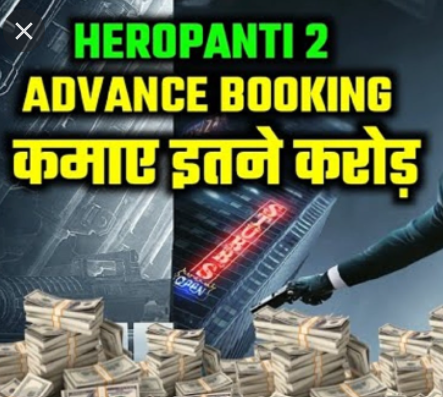 Heropanti 2 is a mass film, catering to the single screen audience, but it seems to have spiked ample interest in the multiplexes. Thursday will give us an idea on where it’s headed as far as opening day is concerned.big box office clash is taking place. It’s Bollywood’s young generation star Tiger Shroff’s Heropanti 2 vs veteran Ajay Devgn’s Runway 34. Both the films belonging to different genres have their own space to work in but let’s see who’s dominating the box office in terms of advance booking for day 1.

Sumit Kadel in a tweet said, “#Heropanti2 advance booking off to a VERY GOOD start specially in Mumbai circuit.. Double Digit opening is assured if the momentum continues.. @iTIGERSHROFF.”After having great advance booking in Mumbai – #Heropanti2 registering superlative advance sale in Delhi-NCR, Indore – Pune – Surat- Chandigarh and some other centers as well.. Took trade by surprise, #TigerShroff goodwill amongst masses coming into play,” Kadel added in another tweet.

Heropanti 2 stars Tiger Shroff and Tara Sutaria in the lead roles. The movie will also see Nawazuddin Siddiqui playing the lead antagonist Laila. While the movie is helmed by Ahmed Khan, Nadiadwala Grandson Entertainment and AA Films are jointly bankrolling it. Its plot is set to revolve around a young man named Babloo and his quest to save the nation from Laila’s criminal plans. The movie’s songs composed by Oscar Award-winning AR Rahman are currently topping the playlists of all music buffs. The upcoming action drama is scheduled to hit the theatres on April 29, 2022.

Tiger Shroff and Tara Sutaria are currently gearing up for their upcoming romance action drama Heropanti 2. The movie is the official sequel to the 2014 film which marked Tiger Shroff’s debut in Bollywood. The upcoming film has created a massive buzz among the audience with its trailer filled with high-octane action and AR Rahman’s compositions. While the movie is just a day away from its release, fans have already begun to book their seats in theatres. Here are the details about Heropanti 2 advance booking and how much the film has already minted.

The advance bookings of Heropanti 2 began on April 27 across the nation. As per a recent report by Bollywood Hungama, the film’s presales and response from fans have come up to be a surprise to the Hindi film industry. Across the multiplex chains – PVR, Inox and Cinepolis – the film has seen an extraordinary response from the audience. Being a commercial film, the film has managed to attract a high-end audience in the theatres. The three multiplex chains have reportedly sold tickets worth about Rs 4 crores. The film sold the tickets in a span of 24  hours.