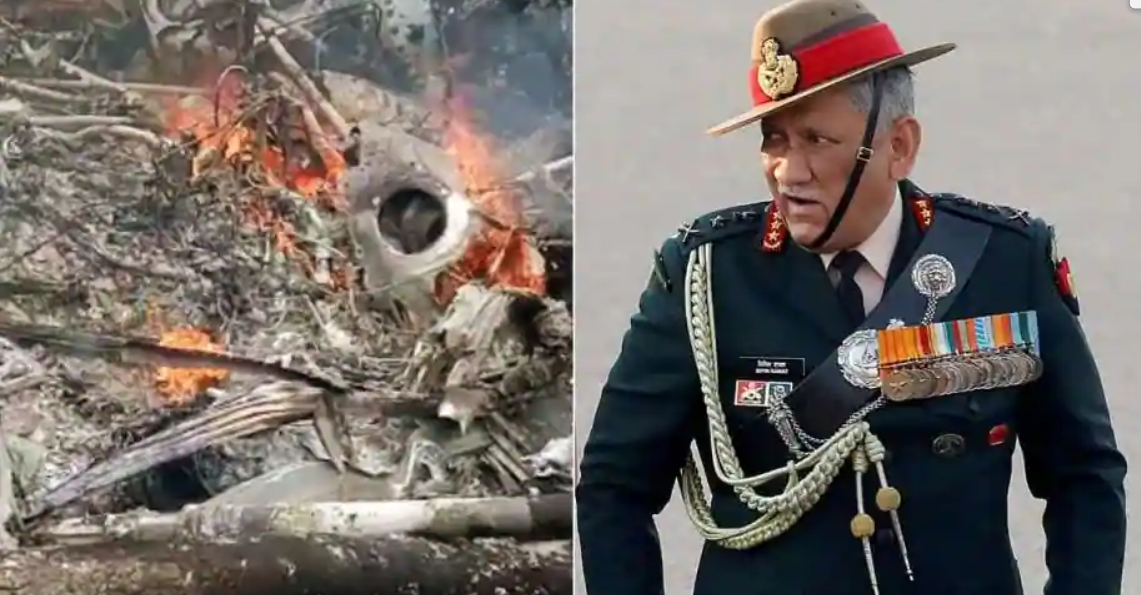 The crash happened at a distance of about 10 km from the helipad where it was to land. Earlier today, Defence Minister Rajnath Singh informed Prime Minister Narendra Modi about the incident. According to sources, Singh will brief Parliament on the incident tomorrow. See photos from the incident site here.Sources earlier said that at least three injured people from the crash were taken to a nearby hospital. The crash took place in the Nilgiris, shortly after the Mi-series chopper took off from the army base in Sulur.

An IAF chopper carrying Chief of Defence Staff Bipin Rawat, his staff and at least one family member, has crashed in Tamil Nadu’s Coonoor, with no information yet about the condition of the CDS. Thirteen of the fourteen personnel have been confirmed dead after the crash took place in the Nilgiris, shortly after the Mi-series chopper took off from the army base in Sulur. Confirming the incident, the Indian Air Force tweeted: “An IAF Mi-17V5 helicopter, with CDS Gen Bipin Rawat on board, met with an accident today near Coonoor, Tamil Nadu. An Inquiry has been ordered to ascertain the cause of the accident.” Sources said the Union Cabinet is currently on and Raksha Mantri Rajnath Singh has briefed Prime Minister Narendra Modi on the incident.

PM Narendra Modi will chair Cabinet Committee on Security (CCS) meet at 6.30pm in the wake of the Coonoor helicopter tragedy. Meanwhile, Army Chief General MM Naravane briefed Defence Minister Rajnath Singh over the incident of the crash of the military chopper. The defence Minister visited CDS Bipin Rawat’s residence to brief the family of the current situation.

Gen Bipin Rawat, India’s first Chief of Defence Staff, his wife and 11 other armed forces personnel died on Wednesday after the military helicopter they were travelling in crashed near Coonoor in Tamil Nadu, the Indian Air Force said.

“With deep regret, it has now been ascertained that Gen Bipin Rawat, Mrs Madhulika Rawat and 11 other persons on board have died in the unfortunate accident,” IAF tweeted.

Chief of Defence Staff Bipin Rawat died today after an Air Force helicopter carrying him and 13 others crashed shortly after take-off in Tamil Nadu.

The crash took place shortly after the Russian-made Mi-17 V5 chopper took off from the Air Force base in Sulur, Coimbatore, for Wellington in the Nilgiri Hills.

The helicopter was already making its descent and would have landed in 10 more minutes. It came down around 10 km from the nearest road, forcing emergency workers to trek to the accident site, said news agency AFP.

Reports of the crash emerged around 12.20 pm.

Videos showed wreckage scattered on a hillside and rescuers struggling through thick smoke and fire to locate bodies. Charred bodies were pulled out by locals and cops from under mangled metal and fallen trees.