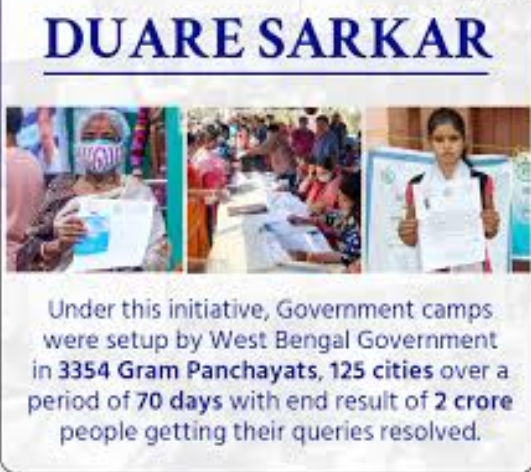 The biggest outreach drive “Duare Sarkar” of Mamata Banerjee government to help people get benefits at their doorstep to take place for a month from August 16, Chief Minister Mamata Banerjee announced that direct transfer of benefit in the accounts of the beneficiaries of Lakshmir Bhandar scheme will initiate from September 1 that is before the Durga Puja.

The flagship schemes include the globally acclaimed ‘Kanyashree’ (a cash transfer scheme aimed at retaining girls in schools and preventing their early marriage), besides ‘Khadya Sathi'( for ensuring that almost 90 percent of the population comes under food security), ‘Sikshashree’ (one time grant given to SC and ST students from class 5 to class 8 to go to schools). 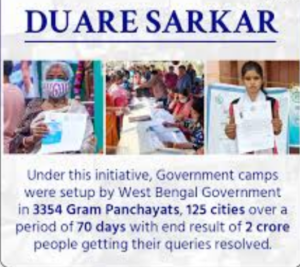 The government at duare sarkar is the second phase of the private program of the West Bengal State Government. Once again we are going to launch Duare Sarkar’ on 16th August 2022 and it will run till 15th September 2022In preparation for the second phase of Government at the Door, the West Bengal government has included this scheme, under which a pension of Rs.1000 will be given to the physically challenged people across the state.