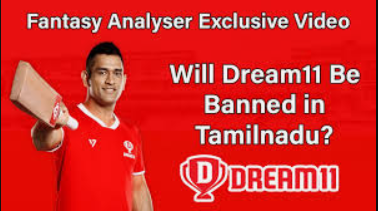 In what could be termed as yet another jolt to the budding online gaming industry in the country, the fantasy sports, involving the electronic transfer of funds for placing bets, distributing the winnings of games or any other prize money related to online games, is now a punishable offence in the state of Tamil Nadu.The residents of the state will no more be able to play and earn money on fantasy sports platforms like Dream11, MyTeam11, MPL etc. The law is effective from 3 PM Saturday (February 6)

According to the new laws in the southern state of Tamil Nadu, any form of a wager or online bets using computers or any other devices are banned across the state. As part of the amendment passed by the state of Tamil Nadu, certain changes have been made to the state’s Gaming Act and as the companies are trying to clarify the exact impact of the changes, but for now, all residents of Tamil Nadu will not be able to join pay-to-play contests on sites/applications like Dream11.

The Bill moved by Deputy Chief Minister O Panneerselvam, also covers ‘games of mere skill’ if played in consideration of ‘wager, money or other stakes’. If any company is found at fault, every person in charge and responsible for the conduct of the business at the time of the offence, as well as the firm, shall be deemed guilty of the offence.

dream11 banned in tamil nadu or not

The states of Andhra Pradesh and Telangana have already banned online gambling and some of the card games that can be played online. Earlier last year, Indian cricket team’s captain Virat Kohli and Board of Control for Cricket in India (BCCI) president Sourav Ganguly were issued a notice by the Madurai bench of Madras High Court for their involvement in the promotion of online sports and fantasy league applications. A bench consisting of Justices N Kirubakaran and B Pugalendhi issued the notices to even actors Prakash Raj, Tammanah Bhatia, Rana Dugubatti and Sudip Khan and other such online gaming companies.
https://www.youtube.com/watch?v=tcBFvvxOsGA