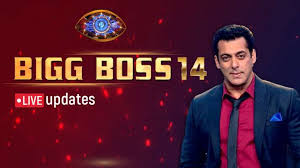 Sara Gurpal narrates a shayari for Jasmin Bhasin, while Abhinav Shukla does it for Nikki Tamboli. They all mimic Nikki saying that she would actually believe she is innocent. Pavitra tells Jasmin that nobody inside the house is mature. Gauahar Khan praises Eijaz Khan, who comes and talks to her about constantly working on vessels. He says he wants another duty with vessels. Sidharth reminds him how he has been taken for granted. Rahul Vaidya talks to Shezad Deol about age. Pavitra Punia shows Rahul her figure. Gauahar says everybody will wash their vessels as soon as they eat/drink. Abhinav says if they have humanity left then they have to work themselves.

Gauahar gives Eijaz to take bedroom responsibility. Pavitra says Rahul’s job is easiest. Gauahar talks to Eijaz again about doing vessels because others don’t know it. After Shezad says that he isn’t voluntarily washing for Eijaz, Khan agrees to do vessels again. Gauhar assures the duties would change next week.Sidharth Shukla tells Gauahar he gets a kick out of challenging people. Gauahar talks about the difference in their thoughts. Sidharth and Hina tell Gauahar to not sort out things between contestants because things would be smoothened then. Bigg Boss announces every person is nominated and will get a task to save themselves. Pavitra is called to the confession room first. She brings back a rule book, which talks about immunity. The task is called Jewel Thief. The task is about princesses Gauahar and Hina, finding their husbands out of the contestants. The female contestants are thieves, ruled by Sidharth. The winner will be the contestant safe from nomination. Jasmin and Sidharth discuss the task. Hina calls Sidharth ‘chorniyon ke sardar’. The task begins and Nikki tries to go in the task, but is stopped by Sidharth. He guides the girls to steal after the buzzer, and gets Bigg Boss announcement. Gauahar tells Sidharth about keeping a boy as a guard. Eijaz asks Jasmin to smell him, distracting her from the site. He starts checking Nikki and asks her to leave the site. Sidharth starts arguing with Nishant. Shezad and Sidharth get into an argument too. Hina is enjoying the fights and asking them to go on. Sidharth tells Gauahar that the strategy is ‘tabaahi’. The two get into an argument. Sidharth asks Rubina about the task, and she says they don’t have as many jewels as the others. Gauahar and Jaan take a backseat from the task. Sidharth mocks her, calling it her loss. He says ‘loot gayi raani’ and ‘rajya chala gaya’. Gauahar says there’s no fun in forcing tasks. Jasmin says the task and robbery would continue. Gauahar points out the task was to impress the queens, but that didn’t even happen. Sidharth and Gauahar get into an argument, and Shukla says boys guarding was wrong. Gauahar says Sidharth completed the task before even starting it. Jaan impresses Gauahar in the bedroom after she storms out. Sidharth tells Hina that ‘rani’ can’t hide jewels and the two flirt with one another. Sidharth has also come to the bedroom with Gauahar and Jaan has come to convince her that she will be impressed. She is still arguing over the task completing.

Sidharth and Gauahar feel they are in their own season. Eijaz comes in between and Sidharth fights with him too. Eijaz says they should then ask Bigg Boss to restart the task. Eijaz then meets the guys and asks to decide who won. Sidharth comes in and they don’t stop discussing, irking Gauahar. They now count their jewelery. Rahul says he wanted to give his jewelery to Pavitra, but isn’t giving it to her because of the game she played. Eijaz says that one of the boys should get an immunity. Rahul says he wouldn’t participate in the task despite having the jewelery. Rahul and Jaan get into an argument. Eijaz go behind Jasmin and she is scared to give in, searching for Sidharth. Nishant and Abhinav also approach Bhasin. After she leaves, they talk about Rahul. Jasmin goes to Sidharth for consultation. He asks her to avoid helping opposite team. Nishant says that Rahul showed his true colours for the first time. Hina asks boys to give their jewelery to Pavitra, who promises to help them in the future. Rahul gives his jewelery to Gauahar, who gives it to Abhinav. Bigg Boss announces the task as completed. The boys have 25 jewelery, and Abhinav wins the round. He is now safe from nominations.

Eijaz cuts his finger while washing the vessel and Jaan helps him out. Khan then approaches Gauahar, saying that there was a chipped glass in the wash basin. Jasmin is stressed after washing clothes. The detergent did not go out of the clothes, and Jasmin is upset because she has to wash the clothes again. Rubina are amused and Abhinav gives a helping hand. Jasmin accepts she has never washed clothes (clearly) and Sara can’t stop laughing. Jasmin says she wet the clothes and washed in another bucket too. She calls it a tough task. Gauahar pulls Sidharth’s leg saying Nikki Tamboli and he love one another. Jasmin asks Nikki if her big dreams were to marry Sidharth. He brings ‘aisi’ saying Nikki Tamboli should be his bride.