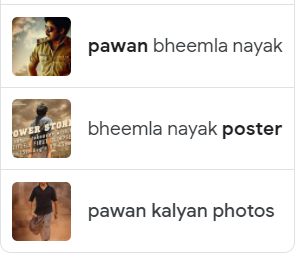 bheemla nayak tickets booking|bheemla nayak ticket booking date|Bheemla Nayak Online Ticket Booking:Online cinema ticket booking portals like Book My Show, and Paytm have been an integral part of the exhibition industry for the past few years. The vast majority of the advance bookings for mainstream films come through online ticketing portals. Well, there appears to be an issue related to online ticketing now and the first film to face a complication in this context is Bheemla Nayak. Incidentally, the advance bookings for Bheemla Nayak in the Nizam region haven’t been made available on Book My Show, the leading online ticketing portal in India.

Reportedly, the distributors in Nizam region are standing up to online ticketing portals which have been levying 11% convenience charges. That is the reason why Bheemla Nayak’s advance ticket bookings were asked to be put on hold on Book My Show.The theatrical trailer is likely to be dropped on the same day, and the film is expected to hit the screens on February 25.

The ‘Bheemla Nayak’ team is wrapping up the release formalities because the movie has yet to get its Censor certification. Helmed Saagar K Chandra, the Naga Vamsi production features the screenplay and dialogues penned by Trivikram Srinivas.Also, the unresolved ticket pricing issue in Andhra Pradesh has held the makers back from making decisions related to the film’s release in the Telugu-speaking states. A new government order is awaited in Andhra Pradesh, whereas advance bookings will open in Telangana soon.

Pawan Kalyan, who had taken a break from movies, returned to the industry with his recent hit ‘Vakeel Saab’. The second wave of the pandemic, however, did impact ‘Vakeel Saab’, so all hopes are pinned on ‘Bheemla Nayak’. It is an original remake of Malayalam’s super hit movie ‘Ayyappanum Koshiyum’. Pawan Kalyan, in and as ‘Bheemla Nayak’ will be seen playing a cop while Rana Daggubati appears in an important role with shades of negativity.

The ticket booking portals have mentioned that the official runtime of  Saagar K Chandra’ directorial venture  is 2 hours and 21 minutes. An official announcement regarding the censor report and run time will be out in the coming days.